… in the 21st century, pulled apart by political crises and Brexit  Britain,  a group of local hosts were preparing to leave. They were renting out their spare rooms through the internet and were very unhappy with how things were. They firmly believed that guests and not the hosts should clear the crumbs on the kitchen table; they felt the hosts’ needs should receive a better response from the local authorities and in, case of trouble, they should receive fairer treatment. They believed that all currently existing practices needed to be changed fairly, and for the better.

There were far bigger problems than the crumbs: in almost all debates the resolution never went in the hosts’ favour.  About the same number heard only ridiculous excuses in response. In all cases, the hosts did not take action against the unfair decisions. They simply could not afford it because in those gloomy days, the internet had no other online booking alternative to the existing one. Thus, they had no choice but to carry on.

But one day their patience ran out. The hosts came together and decided to create their own online booking platform that would be much fairer, safer, and cleaner, of course. They had seen it as a wonderland where everyone is happy. The most romantic thing on Earth the host could think of was, of course, the Moon, and it did not take long to create a name for this wonderland. Hosts chose Thegoldenmoon.com one-by-one.

As with the many other things under the Moon, creating the wonderland was not an easy task. The problems along the way appeared to be much wider on one side, and on the other much deeper, and the injustice appeared widespread. They realised that they could not accomplish all their aims, and some things would probably never be the same.

However, this did not stop our heroes. In the face of this, they became even stronger in their belief to make things better. The problems just reassured them that they were on the right path to creating a more equal travel community.

First, their wonderland, just as any other one, had to have its own law to govern the people of the wonderland. The hosts decided to start with a blank page and called it “The Golden Moon’s Vision and Ambition”. The first words they set down on the paper were:

This created the first five principals of TheGM’s Community; the work had begun.

All online booking platforms have done little to improve hosts’ most frustrating real-life experiences. Multiday adventures, plans to win over hotels, price transparency, extended experiences, hotel integration- this and that with not a single word about improving the lives of hosts.

Thousands of RSS feeds enter our computers every day, reflecting on accommodation search engines agitation for magic destinations, unforgettable experiences, wonderful adventures. You can find out about everything without a single mention of the hosts. And this what we are going to change.

The Golden Moon is the place where the hosts’ interests come first. By this, we mean that our efforts as a business are aimed at creating the best possible environment for hosts, giving them more power, ensuring their security, meeting their needs, and ensuring fair treatment. It has been forgotten that the booking platforms are nobody without properties listed on them. This is TheGM’s game-changing concept. 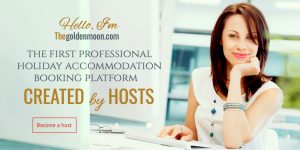 We do not mean to say that we care less about the end customer – the guests. The consumer is of paramount importance for any business, but they are out of the current discussion. By creating surroundings where the host can thrive, feel secure, protected, with interests met and resolved issues, we are creating for them the best possible environment to allow them to stay fully-focused on serving their end customer.

The other implication here is that not everything on Earth is about the gains. This is not about guests, hosts or us. People want peace of mind, be a part of a more tolerant travel community with more respect, protection, satisfaction and joy. It’s a core thing, humans just want to feel safe and needed. Every human wants two things, they want to feel unique and they want to feel connected to other people.

The days where disconnected and impersonal treatment of hosts was accepted as the norm have passed. The days of getting away with treating hosts as assets are over. There’s simply too much to lose by not delivering the best support to them that we possibly can.

The message sent by The Golden Moon is pretty obvious- we rebuild travel around people. For too long the travel industry was built around the listings, guests, destinations and booking platforms themselves. The idea was that you, as a host, will have no choice but fit somehow around it. In fact, the idea had been around for so long that it became the norm. What we are doing at The Golden Moon is a gradual shift towards fuller satisfaction of needs of all involved categories.  All TheGM’s product features map themselves to people.

The Golden Moon is a company created by hosts. We see the world not through the pieces of codes or analytics programs, but through the real needs of ordinary accommodation providers. We came to make this fundamental shift towards more harmonious relations. Any textbook on business management will say that this is where any successful business must to start. If there is no such textbook, The Golden Moon will be the one to write its first chapter.

Tags:
Previous Article
Your Rental’s Life Cycle: The Moment of Truth
Next Article
INSIDE THE GOLDEN MOON: update 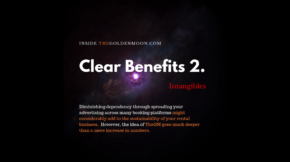 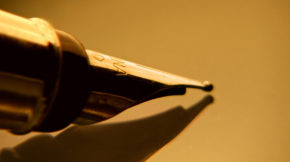 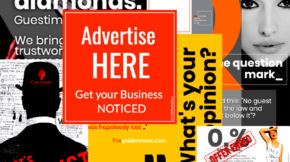 Advertise with The Golden Moon Media Group
Travel with Freedom 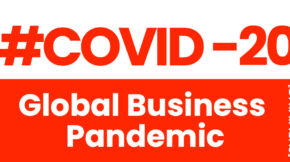 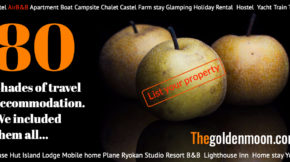