There is a little landlocked country called Armenia which is nestled between Georgia, Iran, and Turkey. The capital city, Yerevan, is known as ‘The Pink City’ because its ancient buildings were built using pinkish volcanic rock.

The country has a rich Christian heritage and many Armenians believe that Noah’s Ark is hidden under the ice that covers the top of the very impressive Mount Ararat. A piece of the Ark can be viewed in the Etchmiadzin Cathedral Museum.

Tell us: Do you believe that the remains of Noah’s Ark are trapped under the icecap on top of Mount Ararat? 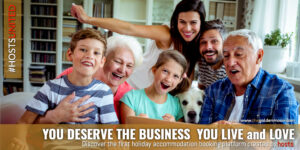 Tags:
Previous Article
What does it take to be the BEST Guesthouse Manager/Owner?
Next Article
Are You Afraid of Flying?